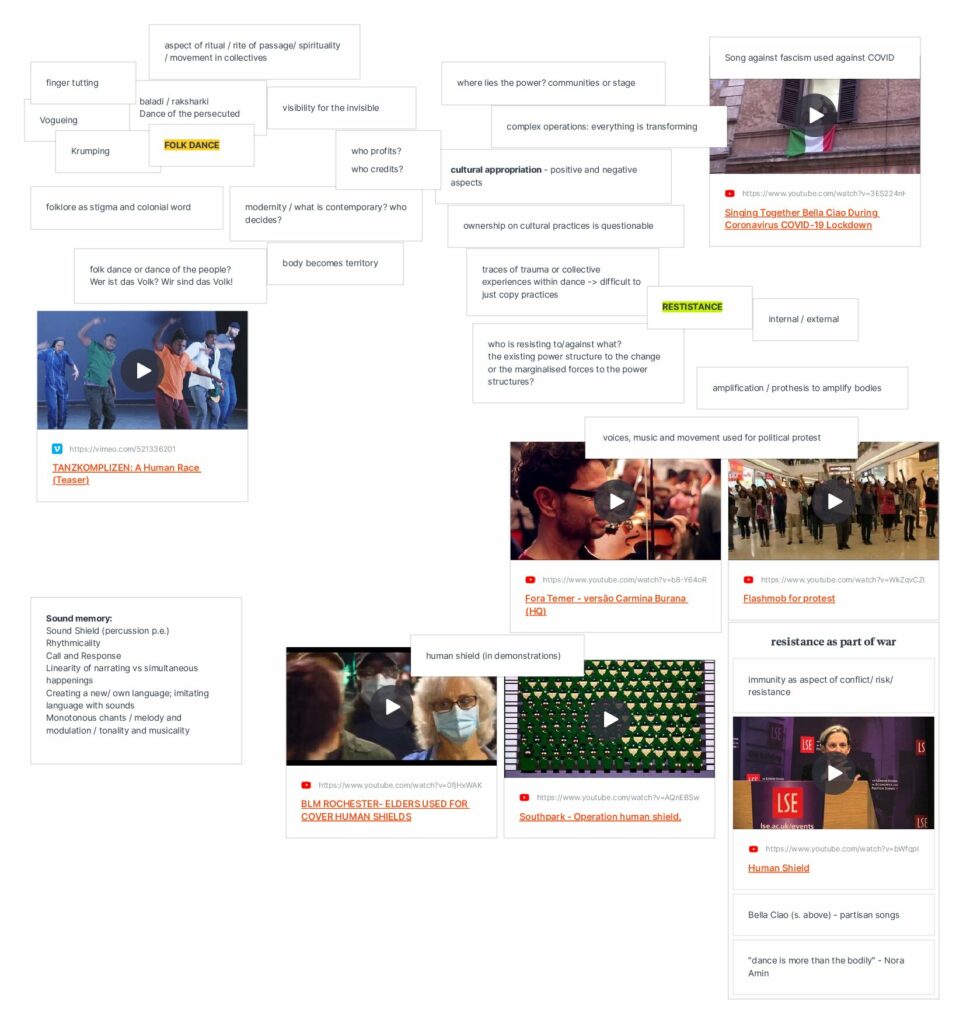 Example: “A Human Race”, choreographed by Grichka Caruge and Ensemble. A production of TANZKOMPLIZEN as part of the Offensive Tanz für junges Publikum Berlin, 2021. In cooperation with Cie Art-Track (F). With the kind support of the Institut français, the French Ministry of Culture/DGCA and the Centre Français de Berlin. Published Teaser by TanzZeit on Vimeo. https://vimeo.com/521336201

Example: Carmina Burana, collection of songs from Benediktbeuern, made famous by Carl Orff’s music adaptation, first performed in 1937. Here incorporated in a protest action “Fora Temer!” (Temer out!), which is directed against the vice president of Dilma Rousseff, the ex-president of Brazil who was already removed from office by protests in May 2016, Michel Temer.The protests are based, among other things, on corruption scandals and a composition of the government that does not reflect the diversity of the population in any way.
Recorded at Palácio Gustavo Capanema on 17.05.2016; edited by Midia Ninja; published by mftube.

Example: flashmob at the Mantri square mall in Malleshwaram; choreographed an published by Boris Andre Gomes, with students of the Srishti school of art, design and technology, edited by Tanvi Talwar; 2012.

Lecture by Prof. Judith Butler at LSE (London School of Ecomomics and political science), on perception of racialized bodies as threatening instruments, recorded on 4 February 2015 in Old Theatre, Old Building, published by LSE.