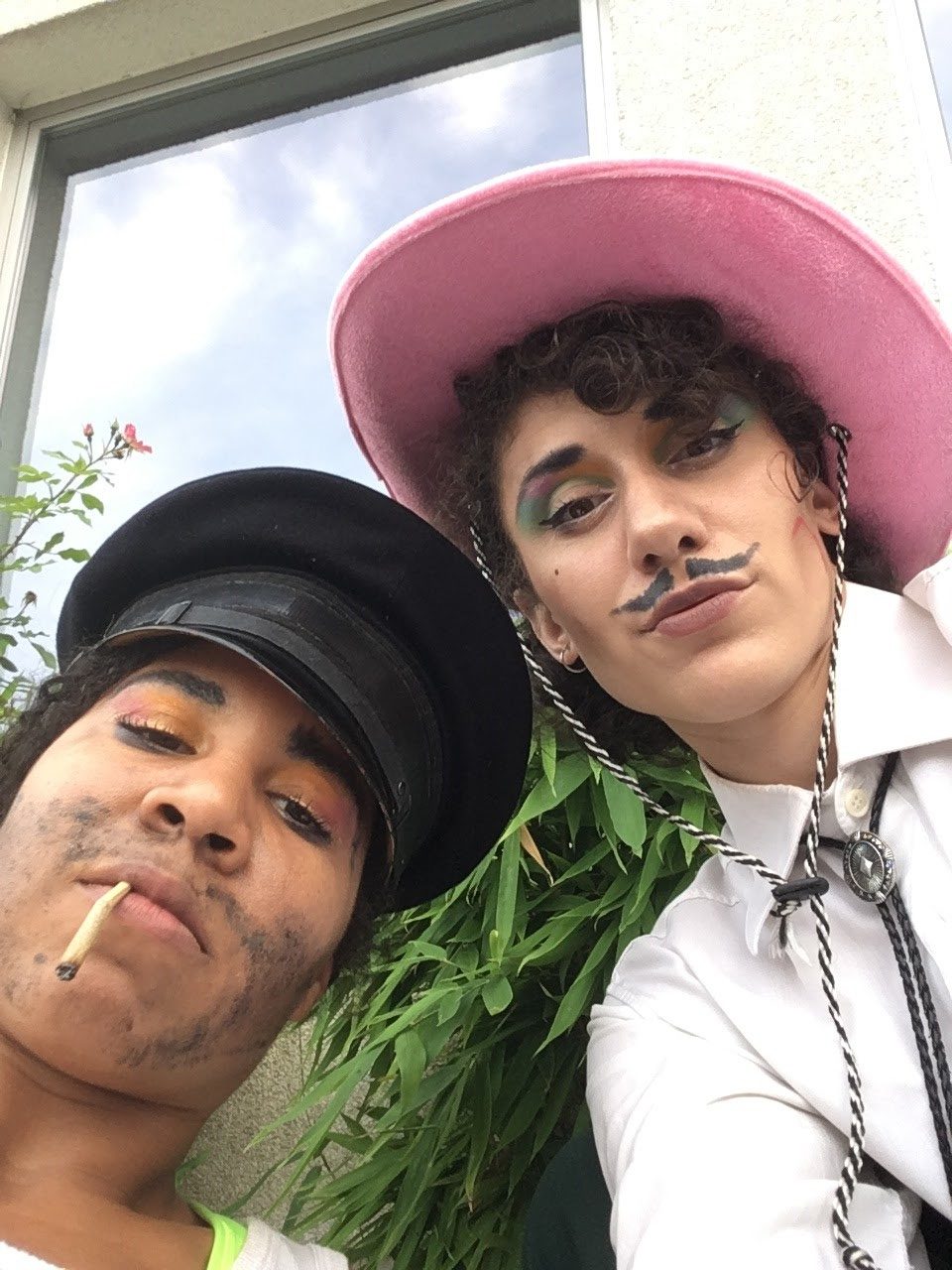 Is feeling something that you do alone or in a group?

collectiveness
a lot of words
floating around

don’t be afraid of the others

what do we mean
when we say
we want to talk about the pain of others?

Some pain felt this week:

The pain of too little rest.

Gender connected to the subject of pain.
Where is the pain in the “male“?
Where in the “female“?

What does it mean to transform, transfigure, transmutate, transgress, transpose? Trans is such an important word, so powerful. I’m reminded of the great Brazilian singer and poet Linn da Quebrada who said “if I wasn’t Trans, I’d like to be.” But it can be scary. To be both man a woman, doctor and monster, victim and perpetrator.

I’m the only Trans person in the group, but not the only one in transformation. However, I’m in a constant state of transformation which is not always linear or clear. I find it difficult to balance both energies and both truths. When the world doesn’t have space for your truth to exist, you create a space.

Many of us come from a background in which we were being told what to do and how to act. Some of us don’t have much of a choice in their professional lives about what they want to do or not. To choose a silly song or outfit just for the sake of it or for shits and giggles is such a big task. To do drag is, therefore, a rebellious act of resistance.

I do have qualms, though, about fetishizing the art of the oppressed. When we put marginalized groups on stage and share a part of their “secret rituals” for white cis-heteronormative audiences to enjoy, it’s dangerous to create a kind of Freakshow. This fear – which stems from situations I’ve personally been in – makes me hesitant to bring drag to the theater.

The nature of drag is also practical:
What are the skills to survive in a “man’s world” that can be learned from acting as a man? Or a woman? How can we change the narrative and perform as the kind of men we want to see in the world? Or how can we make the violence of the male body over the female body evident by blowing it out of proportion?

And at the same time not perpetuating this violence?

Even with a penis made of foam, it’s tempting to want to use it in an inappropriate way.

A large amount of time this week was spent practicing listening
Spending time in nature helped us with this.

Take your ears with you
and listen
listen carefully

It feels empowering to work with craft. To share knowledge that was passed on to us by other people. To teach songs. I feel really connected to the matriarchs by sharing this practical knowledge. Things that we sometimes don’t even realize we’re doing: cooking together, for example. It’s easy to forget that among the five of us we have an 11-year age range, the bookends of the Millennial generation. So many abilities honed along the way.