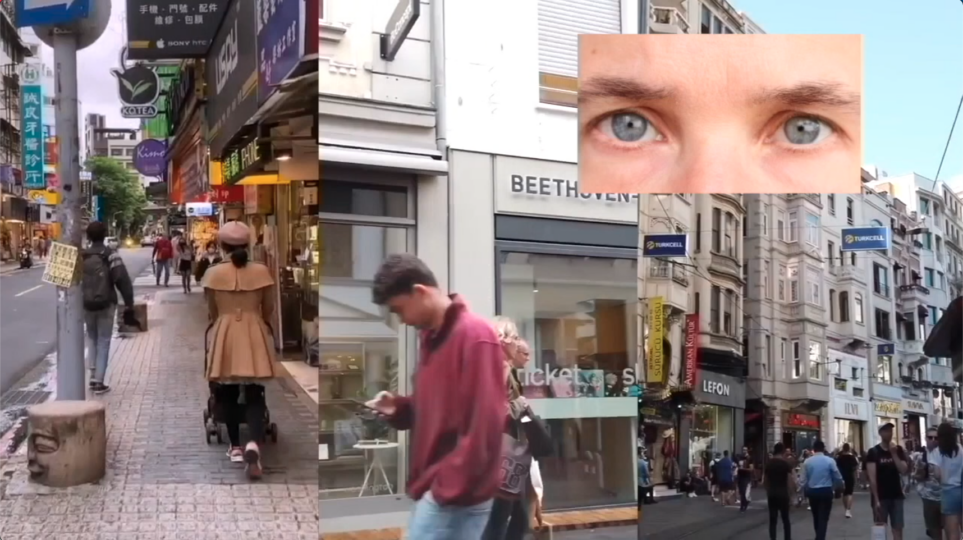 We start with thinking about how we will invite people to our working process for the presentation of the MAKING OFF. But we also really want to take the time to keep on working on things, trying out and developing this way of collaboration over space and time further.

We decide to keep the MAKING OFF in mind but not spend the whole week planing it. During the last weeks we developed a practice of doing the logbook together: It became a collaborative, somewhat artistic practice of reviewing the material and „putting it to work“ by finding threads and putting images together so that there would be a communication between the material although we did not produce it together. We all agree to structure the MAKING OFF according to this practise. It also relates to the origin idea of creating a LIBRARY together, where the audience could

We make some rules for the ongoing process:

-you can still invent new material

-you can transform existing material

-you can steal material from others.

-you can use skills from others to transform your own material (for example in another media) 25.7.

In the Morning: we try out an online Brainstorming tool to collectively plan the MAKING OFF.

Sedef has her second vaccination.

We all present material we developed. The topic of going out into the city becomes stronger.

We talk about how violence is privatised, as if the house and home were a space without law. We think about how we can create a space you can not enter on stage or in public, as a representative for that privatised space.

Everyone is working on material and trying to choreograph and develop existing material. More and more, things, ideas, tasks travel from one city to the other, transforming, being reinvented.

We decided to do the MAKING OFF online: it is better to be all in one zone and we can invite people from all the three countries. Yi-Jou presents a video in which she uses a moving camera to show the theatre space. We all love the idea to have this interactive camera, representing the idea of the LIVING LIBRARY as a space you explore as a visitor. We are all inspired to collect ideas for this format, showing projections of videos we did in the theatre space.

Questions: Should it be a one-shot? Or do we want to have breaks in which we can speak with the online audience, to be more live and interactive?

The Council of Europe on preventing and combating violence against women and domestic violence, also known as Istanbul Convention, from 2011 was signed by 45 states plus the EU so far. It aims at prevention of violence against women and domestic violence, victim protection and to end the impunity of perpetrators. Turkey was the first state to ratify the convention. Recently it became the first state to withdraw from it. The convention ceased to be effective in Turkey on the 1st of July 2021.