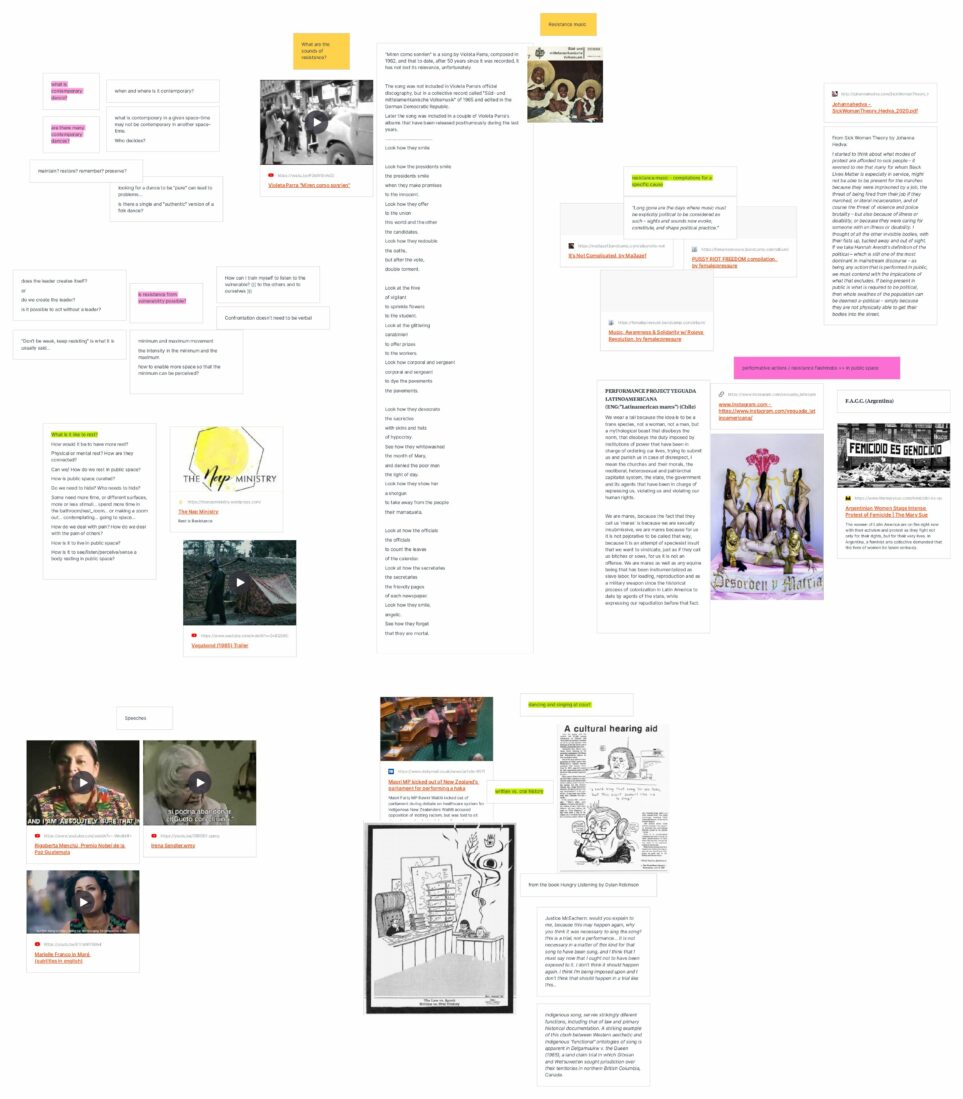 “Miren como sonríen” is a song by Violeta Parra, composed in 1962, and that to date, after 50 years since it was recorded, it has not lost its relevance, unfortunately.

The song was not included in Violeta Parra’s official discography, but in a collective record called “Süd- und mittelamerikanische Volksmusik” of 1965 and edited in the German Democratic Republic.

Later the song was included in a couple of Violeta Parra’s albums that have been released posthumously during the last years.

Look how they smile

Look how they offer
to the union
this world and the other the candidates.

Look how they redouble the oaths,
but after the vote, double torment.

Look at the hive
of vigilant
to sprinkle flowers to the student.
Look at the glittering carabinieri

Look how they desecrate the sacristies
with skins and hats
of hypocrisy.

See how they whitewashed the month of Mary,
and denied the poor man the light of day.

Look how they show her
a shotgun
to take away from the people their marraqueta.

Look how they smile, angelic.
See how they forget that they are mortal.

“We wear a tail because the idea is to be a trans species, not a woman, not a man, but a mythological beast that disobeys the norm, that disobeys the duty imposed by institutions of power that have been in charge of ordering our lives, trying to submit us and punish us in case of disrespect, I mean the churches and their morals, the neoliberal, heterosexual and patriarchal capitalist system, the state, the government and its agents that have been in charge of repressing us, violating us and violating our human rights.

We are mares, because the fact that they call us ‘mares’ is because we are sexually insubmissive, we are mares because for us it is not pejorative to be called that way, because it is an attempt of speciesist insult that we want to vindicate, just as if they call us bitches or sows, for us it is not an offense. We are mares as well as any equine being that has been instrumentalized as slave labor, for loading, reproduction and as a military weapon since the historical process of colonization in Latin America to date by agents of the state, while expressing our repudiation before that fact.“

“I started to think about what modes of protest are afforded to sick people – it seemed to me that many for whom Black Lives Matter is especially in service, might not be able to be present for the marches because they were imprisoned by a job, the threat of being fired from their job if they marched, or literal incarceration, and of course the threat of violence and police brutality – but also because of illness or disability, or because they were caring for someone with an illness or disability. I thought of all the other invisible bodies, with their fists up, tucked away and out of sight. If we take Hannah Arendt’s definition of the political – which is still one of the most dominant in mainstream discourse – as being any action that is performed in public, we must contend with the implications of what that excludes. If being present in public is what is required to be political, then whole swathes of the population can be deemed a-political – simply because they are not physically able to get their bodies into the street.“

From the Book “Hungry Listening” by Dylan Robinson:

“Would you explain to me, because this may happen again, why you think it was necessary to sing the song? this is a trial, not a performance… It is not necessary in a matter of this kind for that song to have been sung, and I think that I must say now that I ought not to have been exposed to it. I don’t think it should happen again. I think I’m being imposed upon and I don’t think that should happen in a trial like this…

Indigenous song, serves strikingly diferent functions, including that of law and primary historical documentation. A striking example of this clash between Western aesthetic and Indigenous “functional” ontologies of song is apparent in Delgamuukw v. the Queen (1985), a land claim trial in which Gitxsan and Wet’suwet’en sought jurisdiction over their territories in northern British Columbia, Canada.“