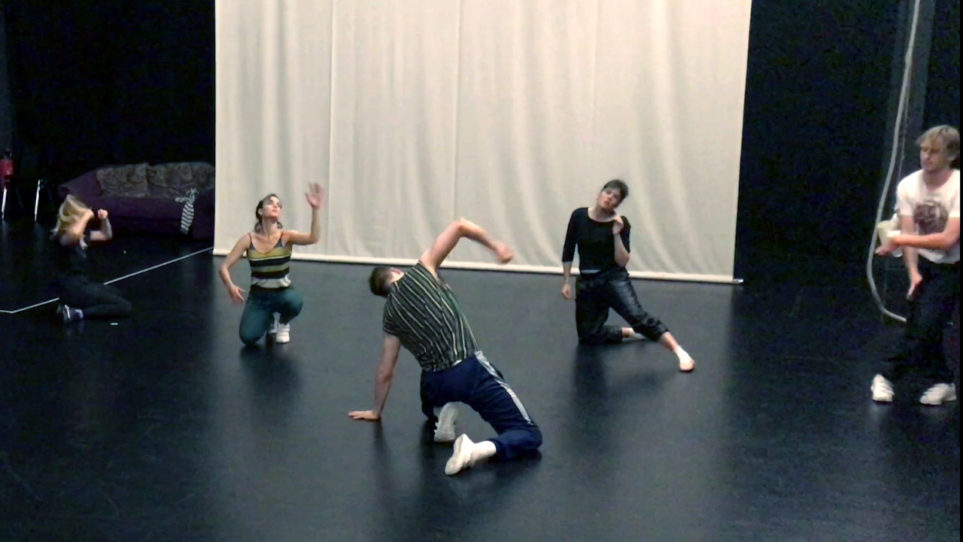 Entering the second week we continued to research the remaining two questions.

How to create transformation by…expanding and condensing

Zooming in zooming out, liquid when decompressed, rigid when pressured, false perspective, switching far away and closeby, plissé fabric, literally zooming in, abstract outzoom, exchange of fluidity between bodies transformed into dance

Sticking to the starting point
Not knowing it will last
Counting backwards in a moving train
Arriving after the avalanche
Too lazy to run but too late to not give a fuck no more.

Seduction, being pulled, create fascination by focus, the hook, shiny, metal, dynamics at play, appeal, decision making by flocking, change direction, hiding the hook, deception, be hooked in the broadest sense of the word

The fat fish was loved by all.
His lips were plump and fins seductive.
The fatty ruled the skinny ones in these eden depths.
It was obvious to all,
That when the gods descended a shiny grail into their midst,
The fat king would be the first to lip-lick this sign of divine gratitude…
The skinnies gathered round as he was catapulted to the above.
The fishermen were satisfied that day.

This research question was the most open and bizarre, and triggered a multitude of different ideas.